TIMBER
THE INDUSTRY IS GROWING UP

The nature and velocity in which China has experienced economic growth is unprecedented. Collectivized production and social development has been instilled in the country’s reform policies since Mao’s great revolution in 1949 and the environmental implications have been far reaching. As such, it’s no surprise that economic prowess has come at the expense of social well being.

The timber industry is by no means the key to reversing the side effects of human evolution, but for China it’s a step in the right direction nonetheless. More over it’s deep rooted struggle the environment, in this case its water management, can provide a glimpse into why this sector may be the next area of high growth.
So, using China’s often overlooked synergy with nature as an example, this analysis looks to provide insight into why political rigidity and consequential indecisiveness offer the right ingredients to help the timber industry to flourish.

From 1978 until 2014, China’s overall level of output as represented by their GDP averaged an increase of 10% p.a. Although a remarkable figure, it does little to provide any real imaginative references. GDP per capita numbers, on the one hand, can help do the job of achieving some sense of magnitude. According to World Bank data, Kenya’s GDP per capita in 1978 was $351.64, over 2.24x that of China despite the latter’s superiority in population. Fast forwarding through the years and China’s success of poverty alleviation becomes visibly noteworthy (see Table1 above). Today, data shows that the average Chinese civilian is 5.85x more affluent than their African counterparts.

Rapid expansionism coupled with population growth, however, isn’t without consequences. GDP in its most rudimentary definition is a simple measure of output: the total value of final goods and services produced within a country. Maintaining this simple calculation, we can assume that since the turn of the century, China has produced an average of 9.3% more of everything than they did previously.

China’s struggle with water scarcity is nothing short of inspirational and as this example will show, their ability to adapt and thrive when pushed is unparalleled.

The north, bordering the Gobi desert, has been cruelly disadvantaged, and running to this day at a water deficit (Table 3). The South, on the other hand, doesn’t experience the same issues. Between 1997 and 1998, for example, conditions were famously disparate enough to dry up the Yellow River for 267 days and displace some 18 million in the south due to flooding.

The Yangtze is the main artery of China. The Southern river flows through Shanghai, Chongqing and nine other important provinces. It produces roughly 42% of China’s GDP and plays host to some 43% of the country’s fixed investments. As with any success story though, the history of China’s water management is riddled with difficulties and values liquid.

Political uncertainty is why timber acts as a role model for industry deserves to grow. As its consolidation through the decades has been its only real downfall. Since establishment in 1949, the governing body of the industry has been reformed and as demonstrated below, re-branded numerous times.

Evolution of the Industry

The Requisites of Disaster

Since Mao’s revolution in 1949, the roles of central governments in China have focused on economic reform and poverty resolution but have ultimately come at the expense of its forests. On May 12th 1956, the Standing Committee of the National People’s Congress decided to set up the Ministry of Forest Industry, with its internal departments responsible for the forest industry throughout the entire country. In theory, this should have helped create clarity but instead proved to be detrimental as first focus flew under the same banner of the economic push. Ironically, to fund postwar expansionism, forests in the Northeast and Southwest areas of China were depleted to make room for hydropower and irrigation systems.

Other projects during the Great Leap Forward from 1958 to 1961 [UBC] shared similar outcomes and before long, the supposed governing bodies were mere shell institutions. However with growth comes change and China’s story of eventual unification starts to take shape when the 79 state agencies begin to trim. By 1970, most were notably disestablished or incorporated and the number dwindles into 32 offices, 13 led by the military. [FAO Zhang Lei]. In other words, at this juncture in history, not only do we start seethe fat beginning to trim but we also military intervention.

Consolidation, military backing and the backdrop appetite for growth make for ingredients of a boom. All that was needed now was for the central government to set precedents.

Just before the turn of the century, China Six Key Forestry Programmes (KFPs) that shape the way the industry it today. In particular, the formation of the NFFP (see below) is the most important when trying to understand the explosive growth of timber imports.

As mentioned, the institution of the NFPP in 1998 as a response to unsustainable logging is one of the most important historical junctures in the forestry industry. In essence it provided a historic reference point in which forestry development could be attributable to.

China slowly began importing timber in the 1960s and by 2008, it had set up trade relations with more than 160 countries (China State Forestry administration [SFA] 2009a). Prior to 1998, domestic timber supply from natural resources could meet market demands and timber exports were balanced.

Between 1997 and 2002 though the change becomes tangible. Imports of Round wood equivalents (RWE), the measurement of volume of logs used in the manufacturing of wood-based products during this period, more than doubled from 40.2 million to 95.1 million cubic metres. Looking at net imports (Graph 1) then at net imports we can see the growing level of mass discrepancy in supply and demand In terms of monetary value, the overall timber imports between 1997 and 2002 rose from US$6.4 billion a year industry to $11.2 billion (a 75% increase). China is still the second largest consumer of timber in the world: it’s a high growth sector that doesn’t look to be slowing.

On August 3, 2018, China’s Ministry of Commerce announced a 5% to 25% tariff increase on U.S. exports. In essence, a retaliation that has been part of a larger tit-tat political dance but it’s important never to let a good crisis go to waste. In conclusion, forestry as investment has a bright future.

EcoForests is a forestry impact investment management company headquartered in Toronto,Canada. We manage forests and carbon capture initiatives in LATAM. 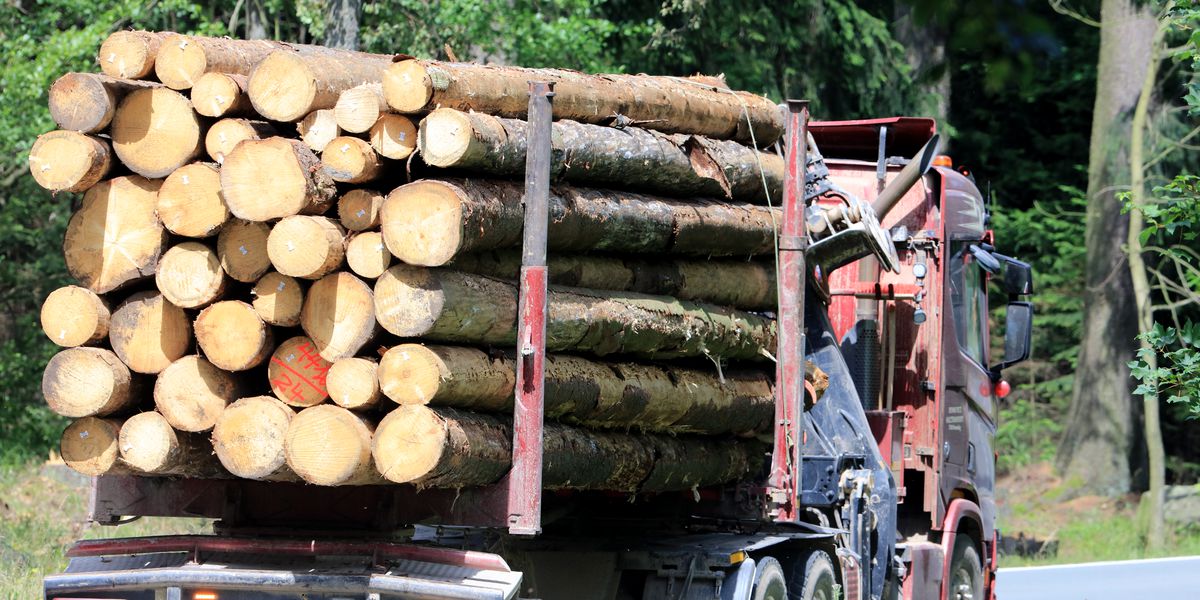 A lumber frenzy has taken over homebuilding, Home Depot, and the internet.

Ecoforests Canada@Ecoforests·
4 May 2021
Reply on TwitterRetweet on TwitterLike on TwitterTwitter
Load More...
Need a quick answer to a question? just let us know.